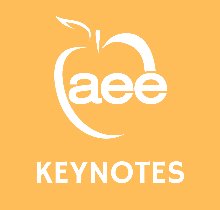 Select to add the event to your external calendar. Set your calendar to use your time zone and to convert the event properly.

Vishwas Parchure has spent over 42 years in the field; 31 of which have been in incorporating, practicing & teaching, Experiential Education and Methodology in Classrooms, Corporate Organizations and Outdoor Education.

He introduced Experiential Education and its Practice in India in 1989; at a time when the methodology was almost unheard of in the country. After his initial introduction to Play for Peace in 1999 at the AEE International Conference; Vishwas spent the next 10 years introducing and training organizations to the Play for Peace model in South Africa, Middle East, Canada, USA, and the UK.

He currently owns the Experiential Leadership Institute in Pune (India) and consults with several Fortune 500 companies. He also teaches India’s only program on Experiential Education and Practice, since the past 10 years. His students are a strong and growing community of over a 1000+ Experiential Educators, integrating the methodology in their own fields of practice, in Education, Outdoor and Adventure, Corporate Training, Team Building, Not-for-Profit and Social sectors.

Always game for a hike in the Himalayas, an avid biker, occasional guitar strummer, and a wood carving enthusiast, you will often find him around a campfire, with a myriad of stories.

Find out more on https://www.experiential.institute﻿

What does it mean to you to present the 2020 Address?

﻿“ Life is either a daring adventure or nothing” - Helen Keller

My journey with Experiential Education has in many ways, been a daring adventure.

Some paths I chose, some chose me. I have been doing what I love without any expectation or hope of acknowledgement in mind. Being honored with the Kurt Hahn address is an unexpected bend in the road; I can only safely assume that I appear to have made a contribution to the EE world that was valuable enough.

It is exciting; as many of those honored before, educators whose written work and practices I have respected and followed, for years – Laurie Frank, Sam Smith, Karl Rohnke, Mike Gass, and Craig Dobkin have been my guideposts.

It needed a friend (Laurie Frank) observing my work to wake me up to the fact that I had my own style and approach, and that it was different from the west. To nurture it, value it, share it and live it. For that I shall be eternally grateful.

Like most adventurers would know, I am going with the flow.

﻿A Speech Given by an Exceptional Experiential Educator

The Ewald and Hahn Address is presented annually by a person designated by the Board of Directors who has contributed to the development and advancement of experiential education with the tenacity and conviction exemplified by Marina Ewald and Kurt Hahn.

The Ewald & Hahn Address is a formal presentation to the membership of AEE during the annual conference. The purpose for this address is imbedded in the desire of the Board of Directors for members of AEE to hear a tenured participant in the experiential education community. This opportunity is bestowed upon a person that the Board deems reflective of the current vision of the organization and the historical characteristics of Marina Ewald & Kurt Hahn. The recipient is also an individual who has contributed to the development and advancement of experiential education over a significant length of time, has demonstrated the tenacity and conviction that was exemplified by Ewald & Hahn, and is, most often, a leader in experiential education who has demonstrated both individual and global accomplishments that reflect upon the successes of the field and AEE.


This is a private site.

Enter the email address that you signed up with and we will email you a password reset link.

Your session is about to expire.